VANCOUVER, B.C. – BAROYECA GOLD & SILVER INC. (the “Company”) is pleased to announce additional assay results from chip samples at new vein discoveries following the Veta Grande vein system west of the Santa Agueda creek/fault zone at the Company’s flagship Atocha project in Tolima, Colombia. In total, the Veta Grande vein system has been traced for over 2km of strike length and remains open at both ends within the property boundaries.

Raul Sanabria, P.Geo., President of Baroyeca commented: “The continuous discoveries of vein exposures is evidence that our robust geological model works and that we have a clear understanding of the structures controlling the silver and gold veins. Our geological team is systematically mapping sectors of our district-scale property which is translating into the discovery of numerous showings and veins, more than we initially thought likely, and yet we believe we are still only scratching the surface of the property. This part of our exploration program will allow us to refine our plans for drilling as we carefully map and select our best exploration targets rather than going out prospecting with a drill.”

Baroyeca’s surface mapping and prospecting program at Atocha continues to make new vein discoveries which show vein widths in outcrop from 35cm to >45cm. Chip samples collected at surface from outcropping vein exposures returned grades of up to 311 g/t Ag and 19.2 g/t Au (See Table 1). The highest silver and gold assay results were from a series of parallel vein exposures and outcrops discovered following the inferred trace of the known Veta Grande vein corridor, on the western side of the Santa Agueda Creek, interpreted as a fault with vertical offset and southwest directed displacement.

The vein system strikes northeasterly as the dominant direction of veins and has joined previously known vein outcrops west of the newly discovered area where they seem to be in trend with the Veta Grande (East sector) vein system that has returned the highest silver values on the property to date. The Veta Grande vein system has now been traced in sub-continuous outcrops over a strike length in excess of 2,000m, and it remains open to both the northeast and southwest (See Fig. 1). 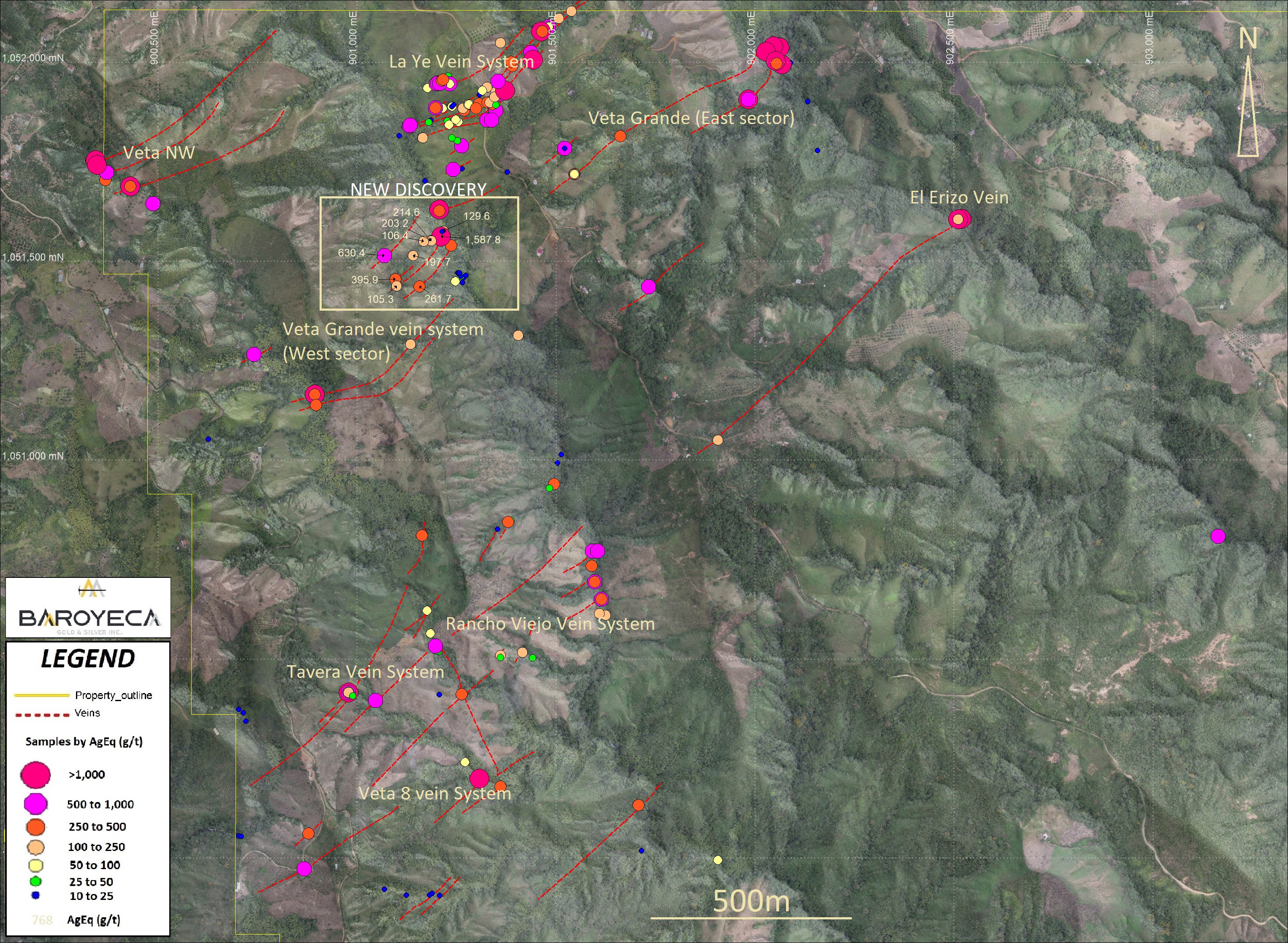 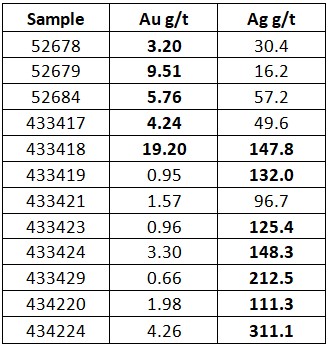 Baroyeca’s field team is now focused on delineation of the Tavera-Rancho Viejo vein system, coincident with a large deformation corridor, and will soon move to Veta Grande (East sector) while it works to receive permits from landowners to access other priority zones of the property.

Baroyeca has applied for drilling permits for the 2021 drilling program, which will seek to expand and better define both the La Ye and Veta Grande zones while target development progresses in the Tavera-Rancho Viejo area. Drill holes will include step-outs to define the potential high-grade shoots.